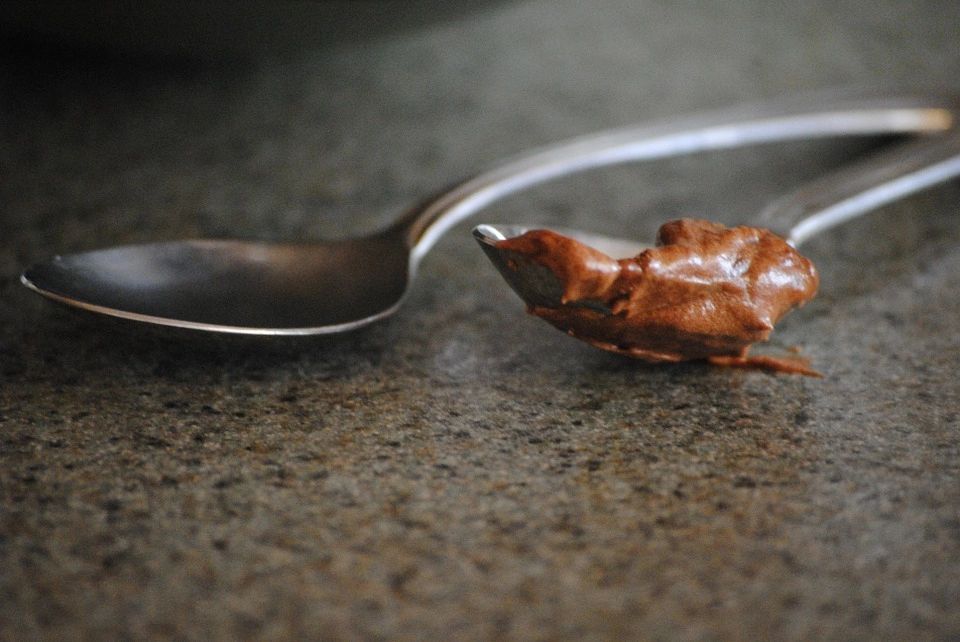 Chocolate is delicious to most people; however, for some it is more than just tasty; it has become an irresistible vice. For those who struggle with health issues and weight problems, an addiction to chocolate can be a major threat to their well-being.

Most people who are addicted to chocolate struggle to resist the compulsion to eat it; and this struggle can affect all areas of their lives. There is a far easier, and highly effective way to free yourself from the addiction to chocolate forever.

What is an Addiction to Chocolate?

For those who are addicted to a substance, the body goes into a stress state until they are able to relieve the physical stress with that particular substance. This is why conscious decisions and willpower are, for the most part, ineffective.

The cravings are physiological and chemical; and in those moments, the body is behaving as if receiving that particular substance is a matter of life or death. Naturally, this state varies in intensity from person to person, as well as from one incident to another, but the process is the same. The body feels as if it needs, rather than simply wants, that substance – for survival.

Don’t miss any of our articles focused on other aspects of self-development and empowerment, join us in Medium.

What Causes a Chocolate Addiction?

While the basic way in which an addiction is created is the same for everyone, the details in what causes it will be different from one individual to another. An addiction is the result of the body going into a state of emergency based on a specific substance. With behavioral addictions, that substance will involve brain chemistry.

In the case of a chocolate addiction, the brain prompts the body to go into a state of emergency and craving until it receives the chocolate. The conscious mind may try to resist the temptation, but the body will continue to produce the chemicals and other physiological signs that it needs chocolate to survive.

So, what causes the brain to prompt the body to go into this state? From birth, the subconscious is constantly interpreting every experience; and it then files the data of that interpretation (memories) for future reference. Even though we cannot consciously recall a fraction of the experiences we’ve had in our lives, the subconscious has records of every one.

The subconscious then refers to these records, and prompts the brain to trigger the body to respond according to the information – the “proof” it holds in those records, of who we are and how the world works. The conscious mind registers the response of the body, uses logic and reason to give meaning to it, and then we follow that with action and decisions.

However, using the Eutaptics process, we can work together with the subconscious, allowing it to access the relevant original records, and make the necessary changes that will result in the transformations we are hoping to experience.

An Example of How a Chocolate Addiction is Created

While each individual will have a unique set of records that form their addiction, this is an example of how an addiction to chocolate can be created. Penny grew up in an average household, with a fairly happy childhood. However, the death of her pet dog when she was eight years old hit her very hard. She grieved for a very long time, and found it difficult to move on from the sense of loss. Her parents had offered to get her another dog, but Penny couldn’t see how anyone could ever replace her precious furry friend.

One day, when she was feeling particularly sad – sitting alone in the yard, thinking of how she and her dog used to play with the ball her eyes were now gazing at through a blur of tears, she heard a sound behind her. Penny looked around, and her grandfather was walking towards her.

She loved her grandfather, and seeing him immediately made her feel a little better. He sat next to her on the bench, in silence. That was one of the things Penny loved about him – in addition to always knowing the best thing to say, more importantly, he knew when not to say anything.

They sat there together in silence for a long time, and Penny felt a sense of comfort start to spread through her, just from his presence next to her. After a while, he took out a chocolate candy bar, broke it in half, and offered her the larger piece. Penny felt a rush of love, appreciation and joy as she accepted the chocolate; and she and her grandfather ate half each in silence. It was a powerful turning point in her overcoming the grief and loss of her pet.

So, how does that become an addiction?

When her grandfather arrived, the combination of her existing bond with him, and the fact that he gave her exactly what she needed at that moment – a calm, supportive and reassuring, but silent, presence – her brain began to produce endorphins in response. These endorphins slowly started to dilute the stress chemicals, and she started to feel better.

This experience caused Penny’s subconscious to connect her grandfather, comfort, joy, appreciation, elation… and chocolate. It filed this information as another piece of “proof” of how the world works, filtered through all of Penny’s previous experiences. After that moment, although Penny had always liked chocolate, she enjoyed it even more. Naturally, her conscious mind had not linked that incident with her love of chocolate, but her subconscious was maintaining the connection between chocolate and feeling good.

As Penny became a teenager, she became conscious of her weight, and tried to stop eating chocolate. She found she could never have just a bite; she would always end up finishing the entire bar. She tried a variety of different diets, but when she didn’t eat chocolate, she felt depressed and down. She found that chocolate always made her feel better. As an adult, she would joke about being a chocoholic – it was just one of those things. As much as she would try to resist chocolate, her craving would override her conscious willpower every time.

How to Get Rid of a Chocolate Addiction

As you can see from Penny’s story, the cause of her chocolate addiction is the connection her subconscious has made between the bond with her grandfather – the feeling of love, security, reassurance, comfort, and joy – and chocolate. And because of this, it prompts her brain to cause her body to crave the substance.

No amount of consciously using willpower to try to resist chocolate is going to change her body’s dependence on chocolate. In order to get rid of the addiction, she will need to change that record – that connection.

Penny decides to use Eutaptics to break her addiction to chocolate. However, she has no idea that her subconscious has made the connection between the moment with her grandfather and chocolate. In fact, her conscious mind has long forgotten that memory.

So, she starts by simply noticing how she knows it’s a problem. She notices how she feels about chocolate, and how she feels when she imagines she will never be able to have it again. And she starts using the Eutaptics technique to tap out those feelings.

As she keeps going back to check if the feeling is still there, she notices flashes of memories with her grandfather popping into her head. She keeps tapping on the cravings and other symptoms of her chocolate addiction; and then has a flash of a memory of her childhood pet – the dog that died when she was eight.

She hadn’t thought of him for years; but as he pops into her head now, she feels a lump in her throat and a constriction in her chest – the grief, although buried, is still there.

Penny starts to tap on her feelings of loss of her dog. The emotions come up to be cleared as she works her way through. Suddenly, she remembers that moment when she and her grandfather shared the chocolate bar on the bench in the yard, and a wave of love, appreciation and joy spread over her. Penny realizes the connection, and uses the following technique to change it:

Penny uses the Eutaptics technique to tap out all other negative thoughts, feelings and memories to do with the death of her dog, and flips them to happy ones. She chooses her happiest memory of her dog to keep as her strongest memory of him – and it makes her smile now, without sadness, whenever she thinks of him.

Then, Penny goes back to chocolate. She thinks of chocolate, and what she likes about it. She can smell it in her mind, and it smells good. So, she notices that smell, and then taps, repeating the Eutaptics process until she cannot remember the smell of chocolate anymore. Then she does the same with the taste and texture – tapping out those in her mind.

She also notices that her body is no longer craving it. Finally, she’s ready to test herself with the real thing. She takes a piece of chocolate and smells it. It doesn’t seem to smell as strongly as before, but it still smells good. So, she taps again until that has gone. By the time Penny takes a small taste of the chocolate, she no longer desires it.

Start with how you know you are addicted to chocolate – notice how you feel, where you feel it, and how strong the feeling is. Then use the Eutaptics process to address those feelings. As memories come to you, make a note of them (even if they seem to have nothing to do with chocolate), and then go through the list and address each one, using Eutaptics – make sure you flip each memory.

Then, go back and check your addiction to chocolate. First, imagine it in your mind, and tap out the smell, taste and texture. Tap out whatever it is you love about chocolate. Remember – your brain controls your body. By changing your brain, you will automatically be changing the effect it has on your body with regards to chocolate.

Don’t stop until it’s all flipped. Then, from now on, whenever you find yourself craving something you consciously choose not to have, use the Eutaptics technique in the moment to reduce and get rid of the cravings.

For more information on how weird the connections in the subconscious can be, read: Weird Sources of Allergies, Addictions, Phobias, and Other Problems.

For more on how and why Eutaptics works, read: The REAL Cause of All Your Problems.

For a detailed guide on using Eutaptics effectively, read: The Eutaptics Technique – Step-by-Step.

In Weight Loss: Make it Work for You, Robert teaches you how to destroy the emotional drivers behind your eating habits. Habits and addictions are something we have learned. We have references and beliefs about the way we eat. Robert tells you the secret on how to change the way you eat forever, leaving you in more control of your life.

This movie has been split into part 1 and part 2. Each part is 700 MB (big!) so please download one part at a time. 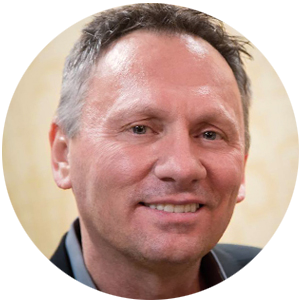 Robert Gene Smith is the creator of FasterEFT and Eutaptics. He is a Life Coach, a respected leader in the field of personal growth, a popular radio guest and sought after speaker. He is one of America’s leading experts on stress, spirituality, and healing. Robert provides the largest library of free educational videos on healing the mind and body on YouTube, through his channel: Robert Gene, Eutaptics FasterEFT Trainings.

FasterEFT and Eutaptics are a collection of new cutting-edge techniques and processes that integrate the most effective elements of EFT, BSFF, NLP, spiritual understanding, science and the mind’s great ability to transform itself.